IT in Business - The New Mantra for the CIO

The Role of DCIM in a Lean, Clean and Mean Data C

Technologies Taking Industries to the Next level o

Smart Devices and the IoT Revolution 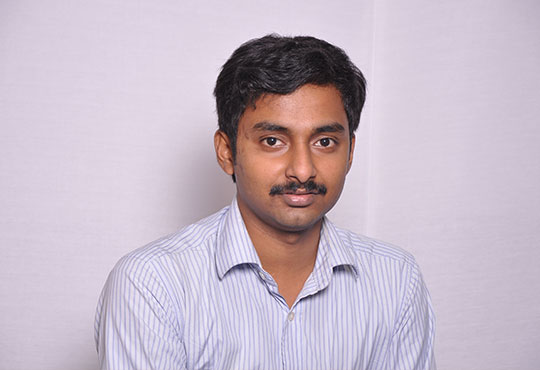 Smart devices are an essential part of the IoT revolution. The number of devices, their versatility in IO, built in intelligence and diversity is ever increasing. Such smart devices entail that the test and measurement systems also become smarter, faster and flexible. Traditional approach to automated test & measurements may not be adequate for IoT devices.

The limitations or challenges faced by traditional test & measurement setups can be summarized as follows:

• Scale of IoT – IoT nodes and devices are getting feature rich and being mass deployed. To cope up with this production volume, the test systems need to offer next generation measurement speeds.

• Diversity in IoT nodes – The IoT nodes, given the scale and scope, can encompass a diverse range of signals, sensors, actuators, communication protocols, processing technologies etc. To test these diverse functionalities, a measurement platform with versatile options ranging over, analog, digital, protocol, control, RF I/O is the only
feasible solution.

• The Unknown of IoT’ – The IoT devices and nodes are evolving over time. The communication protocols that enable effective information transfer, identification & control are still in very nascent stages. The applications and the scope is not a thoroughly charted territory. In this context, a test solution that is scalable and future-proof is essential. Instead of designing a unique test system for each unique DUT, test leaders must design a smart test system that can adapt to and test all smart devices.

• Connected-ness of IoT nodes – The power of an IoT network is realized to its fullest extent by connectedness and collective intelligence sharing. For example, consider a scenario of connected Traffic light controllers which optimize the flow of traffic based on real time video inputs from various junctions in a city. Such a system is effective only if collectively optimal decisions are made by the network of the connected traffic light IoT controllers. To test such an IoT network, it is not enough to test just a single node in isolation. A closely networked, synchronized and massively scalable test platform that tests multiple of these nodes simultaneously is essential.

• Compactness & Embeddedness of the IoT nodes – IoT nodes are tending to become more compact, enclosed, wireless and self-sustaining (in terms of energy scavenging) over time. The way that these nodes are being packaged is becoming increasingly ‘portless’. That is, the traditional means to do functional tests, by tapping in signals through ports is becoming increasingly difficult. This calls for a test system that can emulate a real IoT controller node and implement functional test in the form closest to the node’s actual use scenario.

In order to meet challenges of scalability, flexibility, and adaptability NI takes a platform based approach to measurements. A platform allows a system designer to build the application ‘on top of’ the platform. It lets him leverage the tremendous amount of design effort that already went in development of the platform. National Instruments test platform allows for system architects to configure systems by choosing from a plethora of modular instruments, analog or digital IO, communication buses, and control modules.

IT Overhaul in an Enterprise Transformation

Internet of Things: The Rise of Connected Businesses and Connected Lives

Being Flexible and Scalable